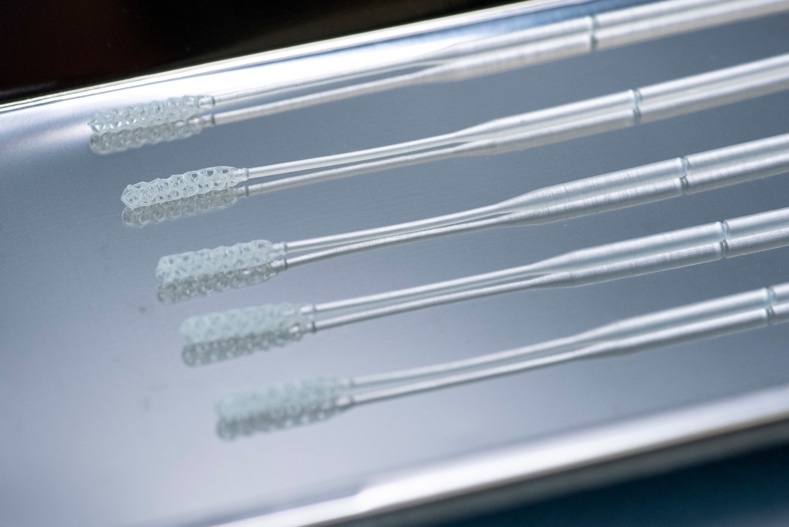 Testing remains one of the fundamental hurdles to wresting control over the COVID-19 outbreak. To help break the logjam, companies hailing from the 3D printing and medical research worlds are combining forces to innovate new solutions to address the shortage of nasal swabs.

Each Origin One 3D printer has the ability to produce batches of 1,500 Origin NP 01 Swabs at a time, multiple times a day. Origin is on track to streamline processes to enable production of approximately 190,000 swabs a day for a total of 1.3 million a week. This is a much-needed milestone to help regions hit their COVID-19 testing goals, which have been hampered by widespread swab shortages. Stratasys has also been leading a coalition that is providing 3D printed shields to nearly 100 front-line organizations, delivering about 40,000 units so far at no cost to health systems.

“Stratasys was able to set up a distribution system in a matter of a couple of weeks to ship 3D printed shields to nearly 100 hospitals and emergency response organizations and we’re doing the same thing with [swabs], except as a commercial rather than charitable effort,” a Stratasys spokesperson confirmed. “The destination for most of these swabs will be academic medical centers, and those organizations are the ones we are most likely to have existing 3D printing relationships with.”

Given that Origin is a start-up company, it would have had more difficulty trying to get the 3D printed swabs into distribution quickly on its own. “Stratasys is accustomed to working with the healthcare industry at scale so we signed an agreement to provide those marketing services for Origin,” the Stratasys spokesperson said. “Our 3D printing technologies are different so it’s a complementary arrangement.”

At UCLA Health, an innovation effort launched in April and led by a fellow in the UCLA Biodesign program  is having success helping the Southern California-based health system address its nasal swab challenges. Dr. Gabriel Oland, MD, a general surgery resident in the UCLA David Geffen School of Medicine, had been working on development of a noninvasive intracranial pressure monitoring device, but pivoted these last few months to serve on a swab task force determined to address the hospital’s short supply. Prior to the COVID outbreak, the hospital system used about 200 nasopharyngeal swabs a day; now it requires about 500-600 for COVID-19 testing alone with projections for about 1,000 daily in the coming months.

The swab task force was charged with finding and testing a new swab design that could be validated and manufactured quickly and in large quantities. In just over one month, and after conducting rigorous clinical testing of several 3D printed prototypes on COVID-19 patients, UCLA Health settled on a design produced by Resolution Medical LLC. The winning design consisted of a single plastic material from tip to tip with a lattice structure to collect a sample at one end as opposed to traditional cotton swabs found in stores for consumer use, which have woven fiber at the tip. “Given that it’s only using one material, 3D printing is perfect for rapid output,” Oland explained. 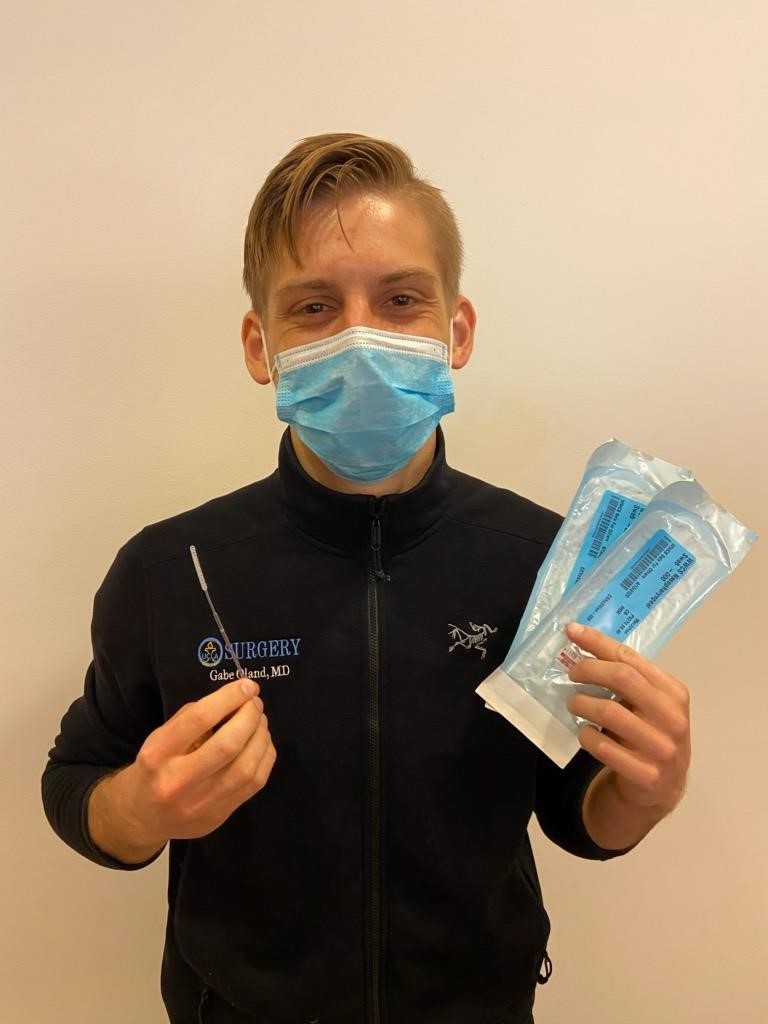 The team was granted permission from the FDA to use the design, and the UCLA Health project is ready to kick into action. “After working with a variety of manufacturers to test various designs, we now have a secure source to supply all of UCLA Health’s swabs as the need for COVID-19 testing continues to grow,” Orland said.

Watch this Forbes video clip to learn how 3D printing is helping companies deal with the medical swab shortage.