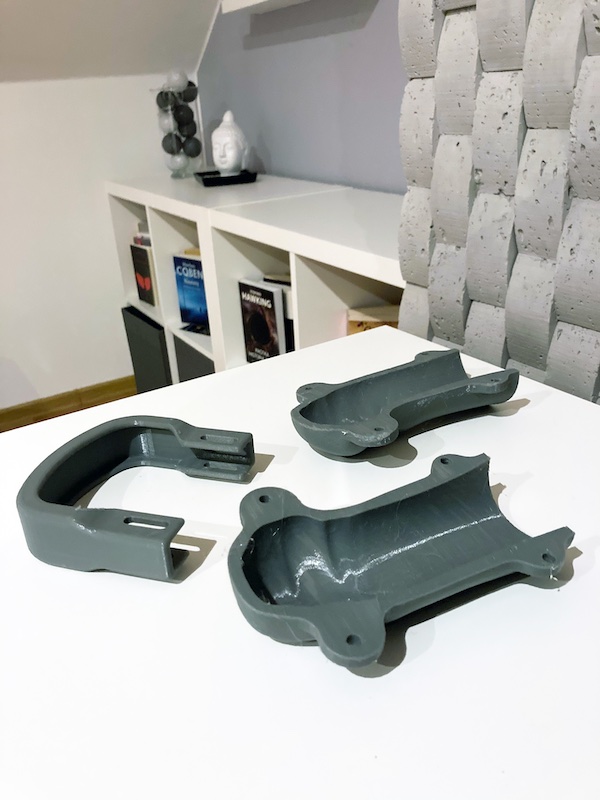 With an interest in orthopedics and a passion for helping disabled animals, Maciej Szczepański, a fifth-year student of veterinary medicine in Poland, found a way to bridge the two by leveraging 3D printing to create customized prostheses.

Szczepański, who studies at the Wroclaw University of Environmental and Life Sciences, saw an opening after participating in a number of orthopedic surgeries and recognizing that there weren’t many options for the disabled animal patients. While developing and provisioning prosthetics for animals is a fairly common practice in the United States, it was not well entrenched in Poland. Szczepański, determined to change that dynamic, set out to gather materials on the subject of animal prostheses while researching available technologies and services that would help him bring his dream to life.

The project began with Szczepański’s goal of helping two dogs that were the victims of traffic accidents: One, a Labrador that had a damaged paw resulting from a train accident, and the other, a female dog that lost part of a hind paw after being hit by a car. After initially outsourcing a piece of the project, Szczepański decided it would be best to 3D print the prostheses on his own to gain more autonomy and control over the outcomes.

Thanks to a grant by Zortrax, Szczepański received a Zortrax Inventure, a dual-extrusion Fused Deposition Modeling (FDM) desktop printer that delivers some of the capabilities of higher end 3D printers at a more affordable price. “Having my own 3D printer makes my work much easier and more efficient—I can now print a prototype on the Zortrax Inventure and immediately check if my assumptions are right,” he explains. “Having the equipment in my studio allows me to test different infill density levels of the printed prostheses. I no longer need to outsource the printing, which saves both time and money.”

Szczepański starts the process by meeting with the animals and taking the necessary measurements, including the length of missing limbs and its circumference, and then takes an impression using alginate. A cast of the dog’s stump is made and subsequently scanned, and a 3D designer is enlisted to prepare a digital 3D model of the prostheses. Szczepański, at the time, a 3D printing neophyte, takes it from there.

Now, Szczepański can almost entirely 3D print the prostheses, including a socket which holds the dog’s stump and the element that comes in contact with the ground. He has leveraged Zortrax Z-PETG, Z-ULTRAT, and Z-SUPPORT Premium materials for the various elements, but is partial to Z-PETG because of its high wear and tear, he says. The Zortrax Inventure supports a fairly turn-key operation for the application with the exception of Szczepański choosing the “solid” infill option for the socket and enlisting the printer’s Hybrid Support option, which enables him to cut back on support material when printing in the dual-extrusion model. The Zortrax DSS Station, used to dissolve supports and other post-processing tasks, is also part of the workflow.

The Zortrax Inventure enables single-extrusion and dual-extrusion operation so users can choose to print the model and supports with the same or different filaments. The printer offers a number of features more commonly found in industrial 3D printers, including a dissolvable support system, an enclosed heating printing chamber, and a built-in HEPA filter. The printer is also compatible with a wide range of filaments, including nylon and highly durable ABS.

Despite having limited technical experience, Szczepański says the Zortrax Inventure’s simplicity and compact size made it easy to get started and now, to turn out delivery of a protheses in less than three days. He is currently in the process of creating a start-up to help animals suffering from a range of orthopedic problems.

Watch this video to see the Zortrax Inventure in action.