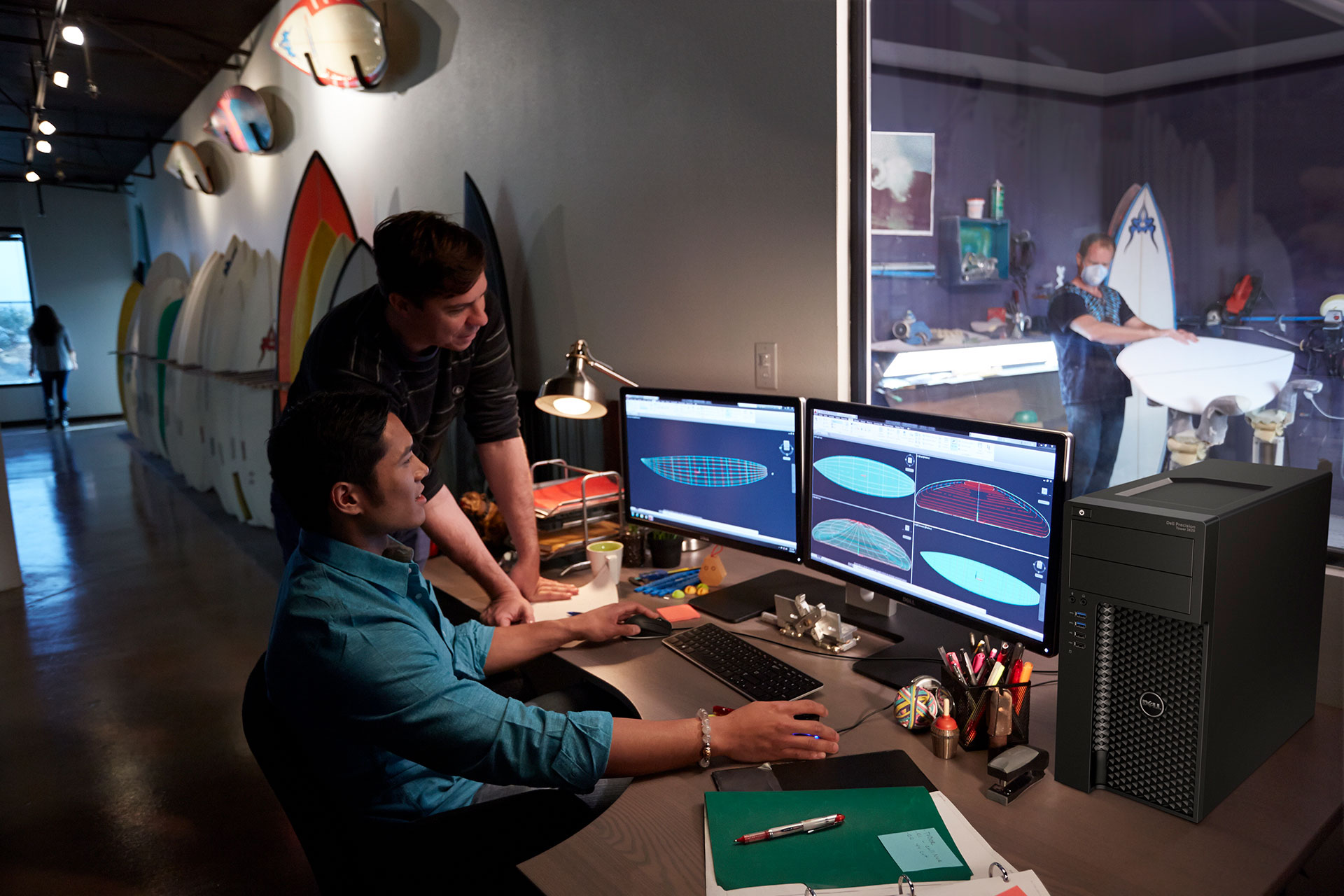 A typical engineer never has only one software program open at a time. The main view might be a CAD or simulation program, while email, a spreadsheet, and a web browser will be running in the background and used regularly. The need for multiple views increases as engineering teams upgrade to contemporary processes such as model-based design, using digital twins, or virtual prototyping.

Several university studies in recent years have taken a close look at the relationship between multiple task windows and productivity. In each study, subjects were assigned a variety of text-based and graphics-based operations typical of work activities. Workflows were compared on single- and dual-monitor configurations. Time and accuracy measurements, click paths, window switches, and user impressions were analyzed for each respondent on each monitor configuration.

The specifics of color gamut, once an interest limited to the industrial designer, is now something the entire engineering team notices.

Dell PremierColor is a app for color calibration on Dell Precision mobile workstations, designed for professional uses. PremierColor guides the user through the color tuning process with instructions for each display control and option. Display settings can be set and saved for each user or saved as multiple defined presets for the same user. Also Dell standalone monitors with Premiere Color offer higher resolution, larger color gamuts and color calibration features to offer the ideal solution for color critical workflows like industrial design and visualization.

In each study, the results overwhelmingly show dual-monitor configurations save time and increase worker accuracy. A Wichita State University study used a 17-in. screen for the single monitor configuration, and by the end of the study participants “were often observed to show disappointment” when asked to use the single monitor for the study tasks. In a University of Utah study, workers showed a 44% productivity increase for text tasks and a 29% productivity increase for spreadsheet tasks, when moving from a single screen to a dual-monitor setup. At Georgia Tech, participants were able to complete tasks nearly 2.5 minutes faster using a dual monitor setup. Gaining only 5 minutes per hour in such tasks leads to almost an hour a day per employee.

Noted graphics industry analyst Dr. Jon Peddie has coined a phrase for this productivity boost: “See more, do more.” Three times in recent years Jon Peddie Research has done studies on professional productivity, and came up with the same results each time. Companies using dual-screen displays report higher productivity and higher user satisfaction. “Multiple displays give you a resolution multiplier,” notes Peddie.”You simply cannot get the same resolution on one big screen as you can with two or more. Two monitors are often less than the price of one big one and provide more resolution.”

Rink says he is observing a trend with the rise of 4K among engineers and designers who work primarily in graphical environments. They still work with multiple windows open, but the increased resolution means they feel more productive working from a single large screen. “Some say using multiple monitors is like watching a tennis match,” Rink says. “Those users now prefer one large display.”

Workstation vendor Dell is also seeing the changing attitude among professional users with demanding graphical tasks. “Models are getting more complex,” notes Scott Hamilton, a senior industry strategist for engineering. “Modern design workflows require more detail, and 4K gives crisper, cleaner lines. You can see the whole overview of the model as well as the detail.”

In recent months Dell used its booth at CAD-related trade shows to present a monitor wall with a variety of sizes and resolutions. The same image would be presented on all the monitors. The sharpness, clarity, and total image view on 4K was stunning. “It was like looking at a real object, and being able to see both a large area and high detail at the same time,” Hamilton says. “I see that as a big plus for engineers. There can be less manipulation of the model, and less is better if you can see both the details and the big picture at the same time.”

Higher resolution monitors allow engineers to see the big picture and the details at the same time, which improves productivity. Click here to see the full-size image. Image courtesy of Dell.

“The ability to see more of one’s data reduces user stress as this utilizes more external memory — the monitor — and less cognitive memory,” according to the Pepperdine researchers’ report. “Just as writing a list down on paper can relieve the burden of remembering the information — which frees the mind up to perform the task at hand — having a larger monitor enables people to access more information at once and thus to focus more energy on solving the problem as opposed to remembering facts. In addition, increased display space can enable users to retain greater amounts of data in their long-term memories.”

The increased clarity in 4K is also driving new use cases. Rink notes that power walls — a set of screens that fill a wall and display one image spread across all monitors — are moving beyond the largest automotive and aeronautics companies. “Architecture firms are using power walls for design review, and we see examples in consumer product goods and other industries,” he says.