The new owners have confirmed German RepRap will continue to operate as a separate start-up.

The new owners have confirmed German RepRap will continue to operate as a separate start-up. 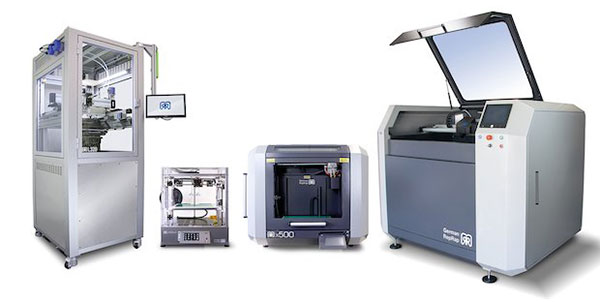 The purchase, which was notarized on February 12, 2020, is the result of ongoing conversations among the machine manufacturers surrounding potential synergy between their respective plastics processing technologies. In a joint press release, the companies said it became clear that the range of products and services offered by each to the market was complementary, citing the “flexible and dynamic nature” of the Feldkirchen-based startup as key to the acquisition.

The new owners have confirmed German RepRap will continue to operate as a separate start-up. The company's 23 employees in Feldkirchen are said to be unaffected and founder and Managing Director Florian Bautz will stay on board to run the business. Following the takeover, Arburg will work in close collaboration with the company to provide support and resources.

German RepRap has been manufacturing industrial extrusion-based 3D printers since 2010 and counts Airbus Helicopters and Sika Automotive among its users. In 2016, the company expanded its offering with a new Liquid Additive Manufacturing (LAM) technology, which made its debut at Formnext 2018 in the form of the L280 series-ready machine demonstrating compatibility with high-viscosity products like Liquid Silicone Rubber.

Arburg has been active in the additive manufacturing market since 2013 following the launch of its open Arburg Freeformer system. Based on the Arburg Plastic Freeforming (APF) process, the technology uses commercially available plastic granules and flexible droplet discharge to produce functional parts with a combination of hard and soft properties. The partners believe this expertise complements the technology in German RepRap's x500Pro system, which can process a wide range of plastics due to its open printing parameters, and will further the development of processing liquid plastics for LSR.