Cars of the future will behave a lot more like humans, according to Piero Aversa, Ford’s Chief Engineer for the Global Powertrain NVH & CAE. 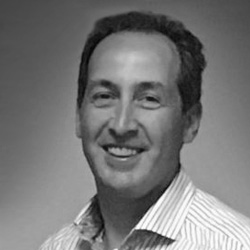 Cars of the future will behave a lot more like humans, according to Piero Aversa, Ford’s Chief Engineer for the Global Powertrain NVH & CAE.

“The car as we know it today will totally change. It will have a so-called soul and will be an extension of your personality,” he writes, in the preview of his upcoming talk at the Conference on Advancing Simulation and Analysis in Engineering (CAASE, June 5-7, Cleveland, Ohio), cohosted by NAFEMS and DE. It would become something that “you can talk to, can read your face and lips, and would know your mood and feelings as it transports you from point A to point B,” he predicted.

Eco-boost Technologies are the Key

Aversa oversees a team of more than 200 engineers, responsible for simulating and testing the noise, vibration, and harshness of the famous carmaker’s powertrains. As the automotive landscape evolves, from an industry driven by combustion engine to one that embraces the hybrid model, the NVH & CAE team’s work also changes.

“The trend we’re seeing now is the move toward downsized engines with eco-boost technology—that means smaller, lightweight engines that produce a lot of performance in an efficient manner,” he said.

By comparison, electric and hybrid cars tend to be much quieter; therefore, other ambience noises previously deemed not noticeable could become much more prominent.

“The noises that are present do stand out much more because the masking noises are much lower now,” Aversa explained. “On the other hand, the electric machines and the gear trains attached to them also produce their own sounds, so we have to invent new processes to address them.”

Aversa and his team use a mix of CFD, FEA, and topology optimization technologies in their powertrain design workflow. “We’re very focused on moving CAE (computer-aided engineering) toward mainstream usage,” said Aversa. “We want to regularly use CAE instead of building and testing a physical part. The latter is just too slow.”

Previously CAD users and CAE users inhabited different universes, with the latter usually relegated to experts. But automotive manufacturers have lately begun exploring ways to enable to design engineers to use CAE tools to be able to develop concepts that are less likely to be rejected later due to poor performance or structural integrity. To that end, some CAD vendors have introduced CAD-embedded CAE tools, and some CAE vendors began developing easier CAE packages with lower learning curves.

“When we’re designing, for example, a transmission unit to reduce to the noise output of an engine, we need to define the rib structure as part of the design process, so it’s not something we can do as an afterthought,” said Aversa. “[Simulation] should be in the upfront design phase, where we decide where to put to the structures to address the weight and loads.”

For more on Aversa’s talk and other CAASE keynotes, visit https://www.nafems.org/2018/americas/keynotes.