Designer-friendly tools are on the rise, but some make the establishment uneasy.

Designer-friendly tools are on the rise, but some make the establishment uneasy. 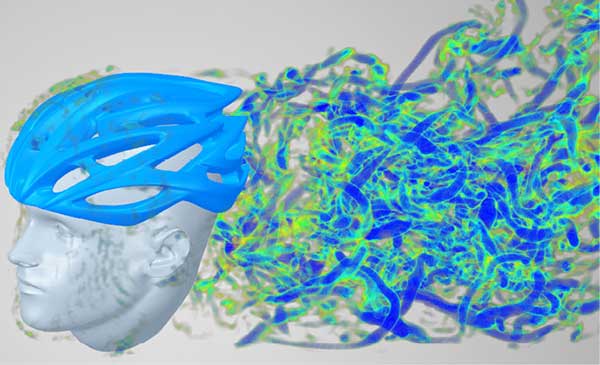 Vendors’ attempts to broaden the use of simulation go all the way back to the 1990s, according to Keith Meintjes, executive consultant for Simulation, CIMdata.

“They were going to revolutionize engineering by giving embedded simulation,” he recalls. “The vision was to bring simulation to the design floor. That was the promise.”

In 1995, PTC, the company credited with advancing parametric modeling, acquired the leading simulation software MECHANICA from Rasna Corp. Later, the product was rebranded Pro/MECHANICA to be in line with PTC’s flagship product Pro/ENGINEER.

Pro/ENGINEER has gone through several incarnations, evolving into what is now called PTC Creo Parametric. The efforts to broaden simulation’s outreach—often referred to as democratizing simulation—also gave birth to a number of distinctly different approaches:

Twenty-five years later, have vendors’ efforts paid off? Has the promise been fulfilled? Much has been accomplished, but much, too, is left undone.

One of the stumbling blocks during the early phase was the nature of the target users, Keith recalls.

“CAD designers were software specialists who knew how to draw lines and arcs, create fillets and build geometry, but they were not all engineers. So they really weren’t qualified to tackle engineering problems,” he explains.

For better or worse, computer-aided design (CAD) software, enables people with little or no engineering knowledge to create complex parts and assemblies in 3D based on well-defined specs. Though the software was intended for engineers and architects, it came to be used by CAD specialist operators, whose skills were largely confined to software usage, and who were not necessarily engineers. For such CAD users, mastering simulation principles and incorporating them into their design practice is a daunting task.

“The person using the simulation tools needs to understand the engineering problem that is being addressed,” Meintjes warns.

Another issue was the way simulation was presented to the novice, non-expert users.

“The simulation embedded in the CAD programs were not the same ones used by the simulation experts,” Meintjes points out. “So the experts weren’t able to mentor the beginners.” 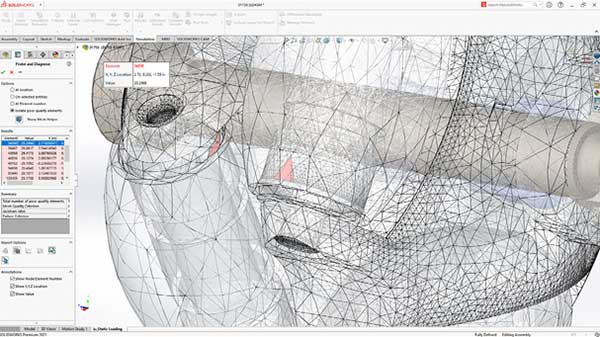 “These are not dumbed-down versions of the high-end tools. They are easier to use because of the simpler UI but the available physics are just as robust,” Meintjes remarks.

They serve as stepping stones toward the expert-targeted simulation tools. This allows experts to mentor designers whose primary responsibility is CAD: geometry and manufacturability.

Along with the product launch, Ansys also announced a partnership with PTC at the PTC-hosted LiveWorx18 user gathering, to offer real-time simulation to PTC Creo users.

“The combined solution will be sold by PTC as part of the Creo product suite. The solution will offer customers a unified modeling and simulation environment,” wrote PTC in the press release.

Traditional simulation is a compute-intensive process. After setting up the problem and pressing the “run” command, many users would step away to make coffee or eat lunch, knowing the program takes anywhere from 15 minutes to a couple of hours to complete the process. By contrast, Ansys Discovery Live takes advantage of the GPU’s processing cores, along with automation and approximation methods, to offer near-instantaneous results, making simulation as fast as geometry modeling.

Critics warn such programs are imprecise and less reliable than expert-level tools. But those championing a broader use of simulation argue the tool is meant as a first-stage design exploration tool to test out ideas and concepts, thus acceptable.

“These tools offer you guidance as you develop the design,” said Meintjes. “If you are still far away from your final answer, accuracy doesn’t matter that much. You just need a tool that shows you A is better than B. But you should not omit the final validation step,” cautions Meintjes.

The final validation is usually done with a mixture of digital prototypes in high-end specialist tools and physical testing.

Expert-authored temples are parts of simulation software such as COMSOL. In COMSOL Multiphysics 5.0, released in 2014, the company introduced the Application Builder, a feature allowing users to publish guided workflows for novices and nonexperts.

“Apps are built by experts who include only the parameters relevant to the design of a specific device or process. The apps then make the simulation engineer’s expertise available to everyone involved in the design and manufacturing processes across all engineering disciplines in the organization,” the company writes on the product’s homepage.

Mastering domain-specific simulation (for example, simulating the mechanics of an aircraft landing gear or the thermal behaviors of combustion engines) takes years. Mastering the domains-specific software tools to digitally recreate these scenarios is also a multi-year process. This is arguably an unfair burden to put on a design engineer.

“These expert tools and templates take a particular component that needs to be designed—be it a chassis or a suspension mechanism—and reduce it to a series of requirements: tensile strength has to be this much, this much bending and stiffness is acceptable, it has to be this strong and so on,” Meintjes explains.

Expert-authored apps are one way to bypass simulation’s steep learning curve. With this approach, engineering firms with a finite number of simulation experts can publish and distribute templates or apps for design engineers with limited simulation expertise.

However, for some simulation experts who have invested years in training and field knowledge, simulation democratization is a double-edged sword that cuts into their job security.

“Engineering managers have been enthusiastic about broadening the use of simulation. But there’s resistance,” Keith observes. “It comes from the simulation establishment. Experts are saying, you cannot have nonexperts using these tools.”

Browser-based simulation software and apps are a relatively new phenomenon. Examples include OnScale, described as “cloud engineering built by engineers for engineers,” and Simscale, described as “simulation software reinvented for the web.” Their success may be tied to the success of browser-based or cloud-hosted design software, such as Onshape, acquired by PTC last November.

“The cloud’s availability is important. This removes the need to build and maintain an expensive CAE [computer-aided engineering] infrastructure,” Meintjes notes.

Browser-based simulation typically runs independent of the user’s local computer. Therefore, the computing power—or the lack of it—in the user’s hardware is no longer a deterrence. For firms with intermittent simulation use, these tools make more economic sense than the traditional simulation software that requires robust hardware investment, ranging from GPU-accelerated professional workstations to powerful clusters.

Simulation vendors have also begun offering simulation platforms for those who may not wish to invest in on-premise infrastructure: for example, Ansys’s cloud services and Dassault Systèmes’ 3DEXPERIENCE platform. Specialist HPC vendors such as Rescale also emerged to address the same need.

“None of these tools are silver bullets. Organizations have to figure out how simulation fits into their processes, and how they can be used effectively,” says Meintjes. “We want to get better first-time designs. Otherwise, we get into an endless cycle of design and redesign.”

Ultimately, broadening the reach of simulation may depends on the industry’s willingness to embrace programs that employ approximation, automation and simplification to make the practice less intimidating for the designers. Though these tools are unsuitable for detailed analysis performed by experts, they play a crucial role in helping the designers determine if the early concepts are good enough to pursue, or not. Persuading the simulation establishment to adopt this new mindset is an unfinished task, even if the tools that can do the job are now in the market.

Celebrating the Union of CAD and CAM
Milestone mergers and partnerships brought design and manufacturing closer.
Printing in the Fourth Dimension
Smart materials and new design capabilities will usher in a generation of self-modifying structures with applicability for medical, aerospace and various other innovative uses cases.
AI and ML Transforming Simulation
Use of artificial intelligence and machine learning algorithms in FEA increase predictive performance, speed up processing time.
Editor’s Picks: December 2-December 8, 2022
One of the picks will be chosen as DE’s Editor’s Pick of the Week.
Quick Electromagnetic Analysis of PCB Design
Autodesk Fusion 360 Signal Integrity Extension by Ansys reduces costs and improves compliance.
Autodesk Company Profile