This 3D printing tool works with data from all major CAD formats and outputs to a variety of 3D printers.

This 3D printing tool works with data from all major CAD formats and outputs to a variety of 3D printers. 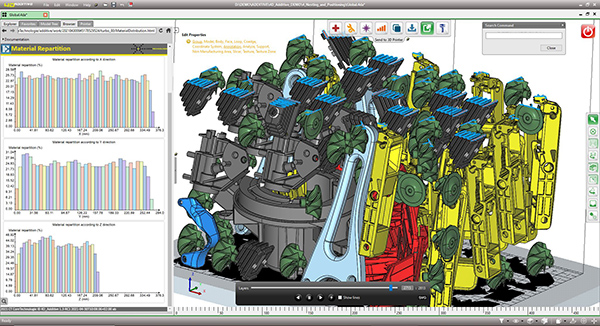 AI-enhanced nesting for part placement in the printer build area is one of many new features in version 1.3 of CoreTechnologie 4D_Additive. The software works with all major 3D CAD formats and most 3D printers. Image courtesy of CoreTechnologie.

CoreTechnologie introduces an update to its universal 3D printing software 4D_Additive. This 3D printing tool works with data from all major CAD formats and outputs to a variety of 3D printers, to simplify small-batch production of 3D printed parts.

Version 1.3 features a revised texture module, used to enhance the surfaces of CAD models or STL bodies. Users may apply their own texture designs, or draw from the software’s library of more than 5,000 predefined patterns. Logos, QR codes, text and part ID numbers, can also be generated and placed on a surface.

CoreTechnologie says 4D_Additive follows the philosophy of standardized and open systems, offering solutions for “all processes with possibilities for individual customization.” The workflow is graphic, presenting the preparation process for 3D parts in the form of sequential workshops. 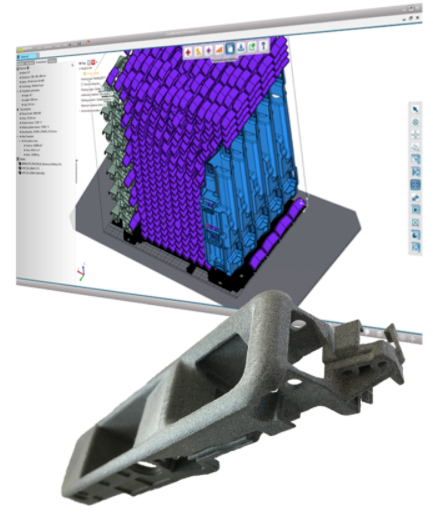 The updated 3D printing software tool works with data from all major CAD formats and outputs to a variety of 3D printers. Image courtesy of CoreTechnologie.

Part nesting in a 3D printer build area is an important productivity enhancement. The company says this update improves nesting placement, using AI algorithms to selectively fill free areas in the build space and to ensure constant slice areas for the individual layers. It is also possible to manually define the degrees of freedom around X, Y and Z for each part.

There is a new application programming interface for HP and Photocentric 3D printers, to process slicing data for direct printing.

SLS and SLM printers gain position correction, which avoids surface defects caused by the zigzag movement of the laser on the bottom and top slice layer of each part. If manual positioning is still preferred, this update offers an intelligent Powercopy function, which uses voxel representation of the models to create high packing density.

There is a new automated repair function for scan data, which the company says delivers closed and homogeneous STL models in the shortest possible time. The functions for cutting CAD and STL models have also been revised, with various joining patterns such as pins and grooves.