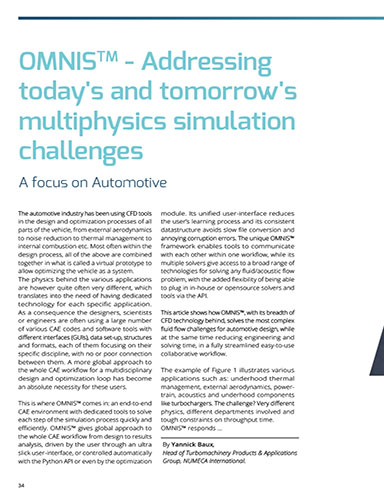 Addressing Today’s and Tomorrow’s Multiphysics Simulation Challenges
This resource discusses how OMNIS™, with its breadth of CFD technology behind, solves the most...
Editors Pick of the Week Resources

Editor’s note: Our usual Pick of the Week author, Editor-at-Large Tony Lockwood, has officially retired. Read all about it here.

Some data points are too large to fully comprehend: the 7.7 billion people on Earth, the 33.9 million miles to Mars or the 1,890 calories in Olive Garden’s lasagna dip appetizer. But all of those numbers added together pale in comparison to the NVIDIA Quadro RTX 8000’s 16 trillion floating point operations in parallel with 16 trillion integer operations. What does that mean? It means the big brother of NVIDIA’s new family of Turing architecture-based graphics processing units (GPUs) can handle more complex modeling, photorealistic rendering and even deep neural network tasks than you thought was possible in a workstation. Plus, it leaves your waistline unaltered.

Maybe you remember hearing about the RTX family when NVIDIA introduced it late last summer. At the time, NVIDIA CEO Jensen Huang called RTX the greatest leap since the invention of the CUDA GPU in 2006. Claims like that are difficult to quantify, but that didn’t stop computer graphics gurus from trying. They said the family featured up to 48GB of RAM, up to 4,068 CUDA cores, up to 72 RT cores for real-time ray tracing and up to 576 Tensor Cores for artificial intelligence capabilities. All of those “up to” stats refer to today’s Pick of the Week: The NVIDIA Quadro RTX 8000, the most powerful GPU in the RTX family, which is now available from PNY Technologies along with the NVIDIA Quadro RTX 4000, 5000 and 6000.

Even if you don’t know that RT cores are dedicated ray-tracing processors, or that Tensor Cores accelerate deep learning training and inferencing, you’ll want what they do. NVIDIA says Turing accelerates real-time ray tracing operations by 25x over the previous Pascal generation. Don’t think you do AI? Think faster denoising, resolution scaling and video retiming, all of which make use of those Tensor Cores. Other mainstays of computer graphics, including variable-rate shading, texture-space shading and multi-view rendering will scream on an RTX 8000, especially when it comes to working with large models or doing interactive, immersive engineering and virtual reality (VR) design reviews. NVIDIA says Turing performs rasterization 6x faster than Pascal.

For those of you who need more, the RTX has you covered with support for NVLink, which effectively merges two physical RTX 8000s into a single logical entity, and NVIDIA Quadro Sync II for scalable visualization solutions. Learn more about them in today’s write-up.

I’ve given you some of the numbers here, but numbers don’t tell the whole story when it comes to the photorealistic computer graphics made possible with the RTX 8000. Click over to the write-up for the full story. Make sure to check out the links at the end that show videos of the NVIDIA RTX 8000 in action. 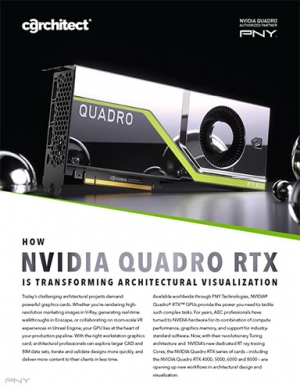 Editor’s Pick: Industrial 3D Printer for the World’s Strongest Plastics
AON-M2 2020 3D printer is a high-temperature printer designed to work with a...