New software release gives the ability to instantly communicate the results of your simulations with information-rich videos.

New software release gives the ability to instantly communicate the results of your simulations with information-rich videos. 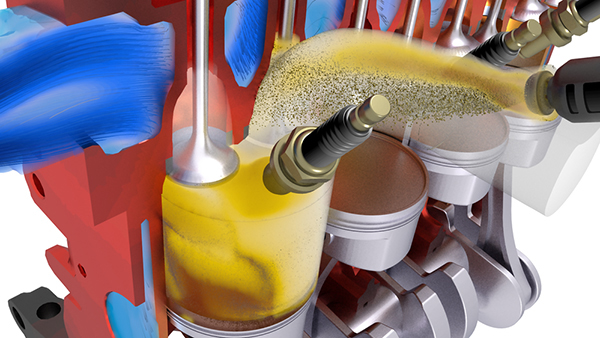 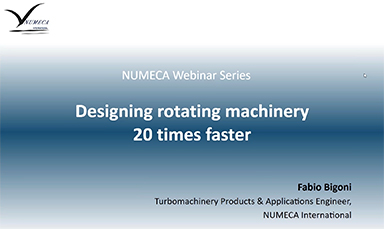 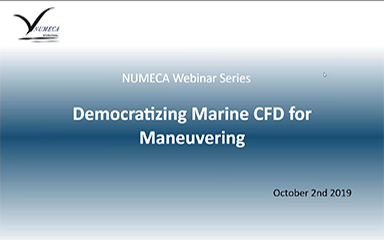 The latest release of Simcenter STAR-CCM+ from Siemens PLM Software features native automation and also gives the ability to instantly communicate the results of your simulations with information-rich videos.

Improve the quality of engineering communication with the new Screenplay feature, which allows the ability to quickly and easily create information-rich videos from any Simcenter STAR-CCM+ scene. Using an intuitive “drag-and-drop” interface, quickly animate and interpolate simulation views and visualizations. Screenplay brings your models to life and allows you to convey the context of simulations better, adding impact and improving communication of results to colleagues, clients and leadership.

Take automation to a whole new level using Simulation Operations, which allow you to build and execute a series of automation actions directly from the Simcenter STAR-CCM+ interface, without requiring the use of macros or external programming scripts. By making execution intelligence an integral part of the simulation pipeline, you can now seamlessly orchestrate the various execution aspects of simulation into a robust and repeatable process, and even drive complex simulations with the single click of a button.

Halve the time of your transient simulations using the PISO solver. Transient CFD simulations of flow phenomena with small time scales, such as in-cylinder simulations, typically require a restrictively small timestep when using the SIMPLE algorithm. For these types of applications, the PISO algorithm brings a significant performance advantage, allowing you to maintain stability with a much larger time-step. In 2019.2, PISO has been enabled for in-cylinder simulations, delivering at least 2x faster run-times while retaining the same solution accuracy as previously achieved using SIMPLE.

One of the most significant challenges of engineering is being able to understand how potential changes in geometry or flow features might influence the performance of your product or design. The new adjoint solver grants you unprecedented insight into the sensitivity of engineering objectives to changes in inputs, without the need to run multiple simulations. The 2019.2 adjoint solver delivers 2nd order accuracy, reducing memory requirements, improving convergence, and increasing robustness. Adjoint enables the optimization of heavy industrial applications such as automotive and turbomachinery.

Reactor networks are used to quickly determine the emission levels in applications such as gas turbine combustors, burners, and furnaces. First, a CFD simulation with a simple combustion model is run to determine the correct flame position and flow pattern. Next, detailed chemistry is applied to a reduced set of interconnected zones (reactor networks). This makes it possible to capture the long time-scales of emission production without having to run the full chemistry in all CFD cells, resulting in a 3-4x speed-up while delivering sufficient accuracy.

Bringing together system-level modeling with CFD allows engineers to leverage the best of both worlds: simulate a system’s behavior over a wide range of operating conditions while at the same time accounting for the detailed 3D component behavior using CFD. Version 2019.2 now supports the Functional Mock-up Unit format (FMU) to enable co-simulation with any system modeling code/tool which supports the export of co-simulation FMUs according to the FMI standard 1.0 or 2.0 (including Simcenter Amesim).

Expressions in NX that contain information about the CAD model relevant for your simulation (e.g., the center of gravity, surface area, etc.) can now directly be passed to Simcenter STAR-CCM+ using the Client for NX. This increases productivity with reduced reliance on scripts and broadens access to all expressions to extend the range of applications for both single point simulations and design exploration campaigns.

Digital Twin Continues to Proliferate Software and Digital Industries
From the ancient Pythagorean Cup to the ultra-modern rocket launchers, all with Simcenter and all in this issue of Engineering Innovation.
Editor’s Picks: May 14-May 20, 2020
One of the picks will be chosen as DE’s Editor’s Pick of the Week.
Siemens Expands ODB Data Exchange Format
Company adds electronics manufacturing information flow to comprehensive digital twin.
Sponsored Content
Siemens Keeps Engineers Connected During Pandemic
Digital Engineering talks to Siemens' Brenda Discher about the company's efforts to support customers during the COVID-19 pandemic.
Pedal to the Metal
Digital simulation and modeling allowed VinFast to launch a car company from scratch in less than two years.
In Pursuit of Predictable 3D Metal Printing
Simulation software offers promise in the desire for repeatable, standardized 3D metal prints.
Siemens Digital Industries Software Company Profile