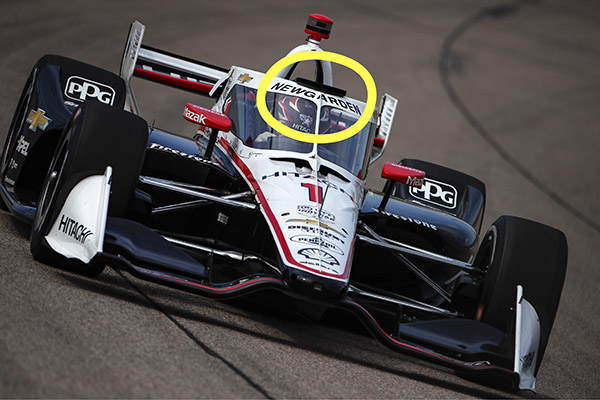 At the IndyCar race in July, Team Penske and other participants kept the cockpits cool using a 3D printed scoop. Image courtesy of Team Penske / Stratasys.

In Indy500 drivers couldn’t take the heat—That’s the news that emerged after the July races in Indianapolis.

How hot did it get? According to the report from Racer.com, “It was 90 degrees outside and at least 120 degrees inside everyone’s Indy car.”

The problem: The new aeroscreen safety device was trapping heat in the cockpit. The remedy was a 3D-printed scoop—a device that moves the hot-air out of the cockpit.

There was only one week downtime between the early July race in Indianapolis and the next one, the Iowa Indy 250. So the scoops had to be manufactured quickly.

According to Stratasys, IndyCar came to them for help. The scoops were 3D printed with UV-resistant ASA materials by the Stratasys Direct Manufacturing division. The entire batch of 24 units needed for the race was made in about 48 hours, with enough time to ship them to the drivers before the next race.

3D printing can’t help anybody win a race, but it’ll help the drivers stay cool, literally, in the heat of the race. 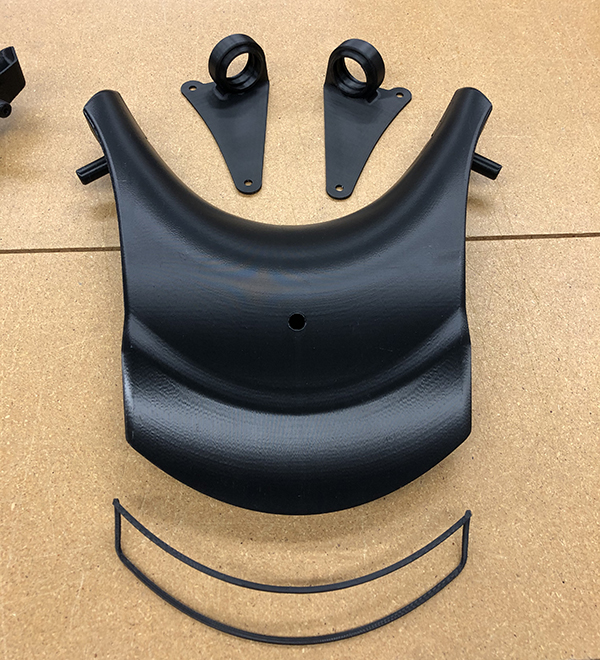 The 3D printed scoops produced by Stratasys kept the cockpits cool during the July IndyCar race. Image courtesy of Stratasys.

At IoT World, Sam Lucero, Sr. Principle Analyst, IoT Services & Technologies, Omdia, said “the impact of COVID 19 on IoT is complex, but not all bad.” He characterized the nature of the projects as “more of a delay than derailment.” On the bright side, “the virus situation demonstrates the value of connected solutions in new areas.”

Siggraph 2020 has just kicked off. Unlike the usual multi-day live event, the virtual event span across two weeks, with lots of content going live and then going on-demand at different times.

The keynote is by Marco Tempest, a Director’s Fellow at the MIT Media Lab and a consultant at the NASA Jet Propulsion Laboratory. He is the founder of MagicLab. His presentation covers mixed reality storytelling, gesture sensing, and swarm robotics—a glimpse of the promise of augmented reality.

There will also be a robust lineup of technical papers.

One way is to minimize COVID infection, is to implement effective aid duct and ventilation systems to minimize airborne contagion. SimulationHUB, the developers of the on-demand browser-based CFD analysis program by the same name, shows how to set up and design airborne infection isolation rooms to study and redirect airflow as needed in hospitals and healthcare facilities.

The strategy is part of CDC’s recommendation on treating contagious patients while preventing the service providers, such as doctors and nurses.

For more, you can read the blog by Aaditya Ruikar.