The organization has put together a new methodology to learn, retain and transfer knowledge for Geometric Tolerancing & Dimensioning (GDT) across an organization.

The organization has put together a new methodology to learn, retain and transfer knowledge for Geometric Tolerancing & Dimensioning (GDT) across an organization. 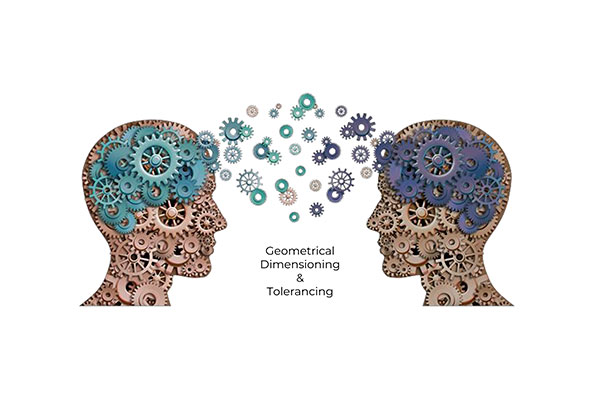 The optimal way to learn Geometric Tolerancing & Dimensioning is to teach employees and students how GDT works rather than its applications. Image courtesy of NIMS.

Manufacturing and Design Faces a Huge Skills Gap in the Industry 4.0...
Autodesk and ASME report highlights how education and skills training must evolve to address the...
New Certificate Course on DfAM Coming Up
Course provides foundational information, special methods and approaches to design, and hands-on practice, organizers say.
SolidProfessor Acquires Streamingteacher
This acquisition will add 160 hours-plus of Mastercam training content to SolidProfessor’s online training platform.
Medical Device Association Launches Hub for Research, Standards
On the home page, visitors can find a curated list of news about AAMI, the...
More Education and Training

The National Institute for Metalworking Skills (NIMS) has developed a new methodology to learn, retain and transfer knowledge for Geometric Tolerancing & Dimensioning (GDT) across an organization. NIMS offers the training in a day and a half workshop.

Conventionally, most people are taught print reading with drawings annotated with limit dimensioning and all its flaws. Lessons in limit dimensioning are further applied in engineering or manufacturing activities. Students or employees are then exposed to GDT—an international standard with symbols to describe parts in a language that is understood by any manufacturer.

This traditional approach usually results in limit dimensioning being the first language, or “native tongue,” and GDT being the second. Toggling between the two can be a struggle for many and they rely on craftmanship to produce parts. This approach may eventually lead to producing parts within the specifications but, according to NIMS, that approach is inconsistent and wastes time.

“GDT is the best way for manufacturers to ensure parts are absolutely within specifications,” says NIMS Executive Director Montez King. “It gives designers, engineers and machinists a common language to communicate not only for manufacturing, but how those parts fit into its final assembly.”

According to King the optimal way to learn GDT is to teach employees and students how GDT works rather than its applications. Teaching GDT applications restricts understanding and only relays a process or procedure. But when GDT is understood, as though it’s the person’s native tongue, every application makes sense. In fact, when GDT is well understood, it's retained, and applications can be improved continuously.

NIMS helps organizations transfer GDT knowledge and skills much the same way children learn their native language. NIMS teaches an organization how to embed GDT across all lines of communication within the enterprise. By the end of NIMS GDT training, the staff will be able to understand and use GDT in all stages of design and production.