Reusing IN625 Powder for 3D Printing: What Does the Test Data Say?

Engineers at Stratasys Direct Manufacturing did an in-depth, eight-month study that measured and evaluated a number of part properties. 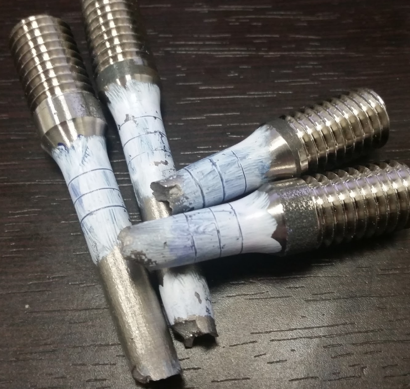 Online Manufacturing has Grown Beyond 3D Printing
As 3D printing matures, what are the next steps for this disruptive technology?
FATHOM’s SLS Production Increases 650% in Capacity
With FATHOM's recent announcement of its acquisition by CORE Industrial Partners, FATHOM will continue to...
FATHOM Issued Patent For on Demand Digital Manufacturing Platform
FATHOM, an advanced manufacturer with an expertise in 3D printing and additive manufacturing, announced the...
Volume Graphics Joins With Consortium to Update Prototyping of Molds
Computed tomography data analysis software analyzes additively manufactured molds and their prototypes for deviations and...
More Rapid Prototyping and Manufacturing Services

Whether you’re new or experienced in powder-bed laser sintering of metals, you know that a basic operational mode for this form of 3D printing (additive manufacturing/AM) is to reuse most of the powder for the next build. But every time you 3D print with anything but 100% new material, in the back of your mind (or front), you’re wondering about the effects of building parts from a mix of new and used powder. What, if anything, changes from build to build, and how does this affect part performance?

To get real data (based on one material and one additive manufacturing system, for starters), engineers at Stratasys Direct Manufacturing did an in-depth, eight-month study that measured and evaluated a number of part properties. The results are really interesting and could pave the way to analyzing powder reuse for other materials and equipment.

Andrew Carter, process and manufacturing engineer at Stratasys Direct Manufacturing, Austin TX, says that educated users know AM processes generally involve reuse and blending of metal powders. “This is an efficient process if adopted,” explains Carter, “but users can be uncomfortable with how it’s done and how to be sure of results.” For example, he notes if 10% of the raw material is consumed by laser sintering a given part, what are the effects, if any, on the next part if it is built from a mix of 90% original (once-used powder) plus 10% new, replacement powder?

Looking at a different aspect of powder reuse, some people in the industry believe that raw powder simply degrades over time on its own. They will therefore stipulate an arbitrary age limit: for example, that you can’t build any parts with powder that is more than 90 days old. This begs a number of questions, says Carter. “When do you start counting? On the day the powder was made? The day you opened the container? The day you loaded it? Or the day you started using it?”

This situation can mean the difference between continuing a production run on an AM machine or throwing away $10,000 worth of unused material. Defining the parameters for an effective expiration date is becoming a critical need both for achieving process repeatability and avoiding unnecessary waste.

Stratasys Direct Manufacturing is one of the largest providers of additive and conventional manufacturing services, including capabilities with five of the major AM technologies. For all laser-sintering systems, the company logs and tracks all batch materials with the percentage and number of times recycled.

Carter set up a powder-reuse study with the goal of evaluating any material degradation over time of the parts themselves, choosing to work with Inconel 625 (IN625, an industry standard alloy primarily comprising nickel, chromium, molybdenum and iron). He performed more than 55 build runs on each of seven EOS direct metal laser sintering (DMLS) machines, each time printing three standard tensile-test cylindrical blanks for mechanical, chemical or metallurgical testing.

Out of the total of more than 1,000 such bars, Carter sampled 210 bars from 105 builds, choosing to include similar numbers of bars built in the front right, front left and rear left of each build (other customer parts were also being built at the same time – see image above). Two material providers were involved, though the majority of parts (180 vs. 30) were built from a single supplier, and the age of the oldest powder was 250 days.

Final mechanical testing per ASTM E8 included measuring ultimate tensile strength (ksi), yield strength (ksi), modulus (Msi), elongation (%) and reduction of area (%). The consistency across the change in percentage blend (recycled vs. new) is remarkable. (See below and click on the image to enlarge it.)

Carter also evaluated machine-to-machine variations of material strength over recycled lots across the seven EOS machines and again found great consistency. In addition, he examined results for the test samples’ microstructure over time and across part-slicing orientation (XY, XZ, YZ), as well as changes in material chemistry (percentage of constituent elements) over time. Again, results showed that any changes were still within material specifications.

Altogether, this test program led Carter to observe: “Consistency in AM is much more achievable than we’ve been led to believe.” The extensive data, available from Stratasys Direct Manufacturing, should provide clarity and confidence for AM users doing comparable work, and an excellent starting point for research into other materials and final properties such as corrosion resistance and surface roughness.

Pamela Waterman worked as Digital Engineering’s contributing editor for two decades. Contact her via .(JavaScript must be enabled to view this email address).