Items can be traced back to a specific printer using infill patterns.

Items can be traced back to a specific printer using infill patterns. 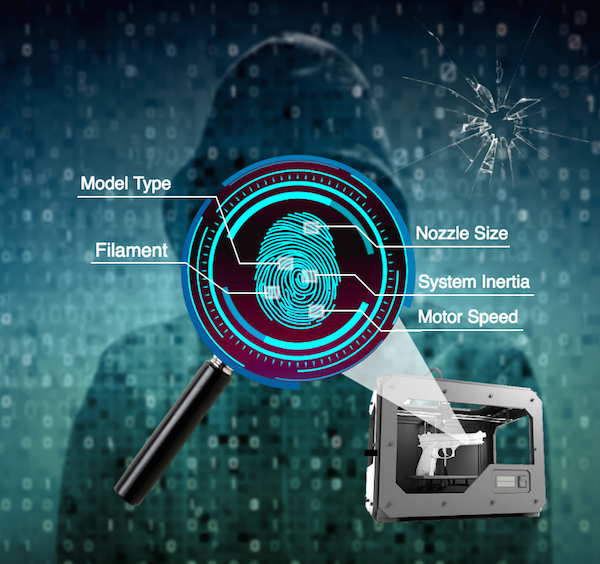 Photo illustration of how the PrinTracker technology developed at the University of Buffalo works. Image courtesy of Wenyao Xu, University at Buffalo.

3D printing presents a lot of opportunities for manufacturers, but the technology has also raised a number of concerns around security, safety and intellectual property (IP) protection. Additive manufacturing (combined with 3D scanning) makes it easier to manufacture a copy of an item or a product, which in turn could make it easier to introduce counterfeit goods into the supply chain that would be even more difficult to detect.

Authorities are also concerned about the potential of 3D-printed firearms and other weapons, and how they could help criminals skirt existing gun registration and waiting period protections.

Researchers at the University of Buffalo think they may have found one way to help authorities address these issues. According to a study, the researchers have identified an accurate way to trace a 3D-printed object back to a specific printer.

“3D printing has many wonderful uses, but it’s also a counterfeiter’s dream. Even more concerning, it has the potential to make firearms more readily available to people who are not allowed to possess them,” said the study’s lead author Wenyao Xu, PhD, associate professor of computer science and engineering in the University of Buffalo’s School of Engineering and Applied Sciences.

This PrinTracker solution could potentially help law enforcement agencies trace weapons and counterfeit goods back to their manufacturers. Xu and his colleagues from Rutgers University and Northeastern University presented their work at the Association for Computing Machinery’s Conference on Computer and Communications Security in October.

The system leverages a known flaw in 3D printers – that in-fill patterns are not uniform. The imperfections in these patterns (caused by variations in printer model, filament, nozzle size, and other factors) produce a recognizable and unique identifier, similar to a human fingerprint.

The researchers printed five door keys on 14 common 3D printers using both fused deposition modeling (FDM) and stereolithography (SLA) printers. Using scans of the keys and an algorithm that can align and calculate variations in the in-fill pattern, they were able to match the keys to the printers with 99.8%  accuracy. When the keys were damaged, PrinTracker was still able to identify the printer correctly 92% of the time.

“We’ve demonstrated that PrinTracker is an effective, robust and reliable way that law enforcement agencies, as well as businesses concerned about intellectual property, can trace the origin of 3D-printed goods,” Xu said.