These tools are less constrained, allowing them to come up with innovative designs that few humans would ever consider.

Technology Focus: Generative Design
In this Special Focus Issue, we take a look at the expanding world of generative...

Architecture, Engineering and Construction Tips
This paper addresses the current hindrances that civil engineers are facing in the architecture, engineering...
Design Resources

Every time I watch an Iron Man movie, I drool. Tony Stark sits there, interacting with a hologram of his designs, instructing Jarvis to make this change or that one before offhandedly sending it off to production. Tony’s time in engineering has been reduced to developing new concepts and telling his ‘assistant’ how to improve it.

In contrast, today’s engineers must feel more than a bit of angst. I know many who work up to 60 hours and week, staying late at night and coming in on the weekends. And a large percentage of that time is focused on paperwork, meetings and other non-design activities. Sitting in engineering school, I know very few classmates who were just waiting to fill out another form. Almost all of them want to design big and important products.

Would an artificial intelligence technology like Jarvis improve the way engineers design and make them more productive? Absolutely. But that’s not possible. Right?

Well, it’s not quite here yet, but it is far closer than you might think. It’s called generative design.

Software Working for You

Interestingly enough, we’ve already taken the first steps in the form of topology optimization. This technology allows engineers to define constraints, such as mounting points and a chunk of material to work with; environmental inputs, like loads; and objectives, such as minimizing weight while keeping maximum stresses below a certain threshold. With all those defined, topology optimization technologies will remove material while analyzing the structure of the design. The software has the means to know what regions of the material is not carrying any load and, accordingly, can afford to be removed. It iterates on the design, trying different approaches independently, while the engineer does other things. Keep in mind, this technology exists today.

Of course, that isn’t the end game. This idea of defining constraints and letting software generate design alternatives is expanding. New algorithms are being explored constantly. There are some that mimic the structural approaches used in plant growth. There others that imitate how bacteria colonies connect to food sources in petri dishes. Such technologies allow engineers to step even further away from the tactics being used to build the design. As a result, these tools are less constrained, allowing them to come up with innovative designs that few humans would ever consider, much less conceive.

All those tools comprise the brains that come up with new designs, or at the least assist the effort. But progress is being made on other fronts as well. Haptic devices, which allow individuals to use touch interaction as an interface, has matured significantly in recent years. Of course, it has made its way into gaming where entire console games can be played exclusively by waving your hands in empty air.

Haptic feedback becomes an even more viable alternative when you consider virtual reality. People can now don smart glasses or helmets with embedded displays that present a virtual 3D space. The combination of these technologies would allow engineers to insert themselves into a virtual space they can use to design products. Aided with generative design software, their productivity could be greatly enhanced.

Last, but not least, voice assistant technology is appearing in more and more devices. You see it on your phone, where you can command it to play songs, text a friend or call home just using your voice. It is also now increasingly available as a device in the home, where it can tell you the weather, set an alarm or turn off your lights.

All in all, the combination of generative design, haptic interfaces and voice assistant technology offer some intriguing promise. Engineers could strap on smart glasses and talk to an assistant to start a design. Then they could hand off the details to an assistant that would finish the engineering. The engineer could walk away, returning some hours later to review the completed work.

As a complete vision, it isn’t here yet. But the component technologies are. So maybe, sometime soon, we’ll all feel like Tony Stark. 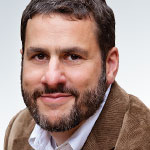 Chad Jackson is president of Lifecycle Insights (http://www.lifecycleinsights.com). Send email about this commentary to .(JavaScript must be enabled to view this email address).