New collaboration aims to save hundreds of millions of dollars in hypersonic aircraft, spacecraft and missile prototype testing.

New collaboration aims to save hundreds of millions of dollars in hypersonic aircraft, spacecraft and missile prototype testing.

Digital Engineering Forum 2020
Digital engineering is necessary, but not enough. A persistent mission model is essential to recognizing...

The University of Texas at Arlington (UTA) and Ansys are developing an advanced design and analysis workflow for validating system models in the U.S. government's current and next-generation hypersonic vehicles. The workflow will fast-track certification of simulation software codes, help decrease hypersonic technology development spending and increase engineering productivity, according to Ansys. 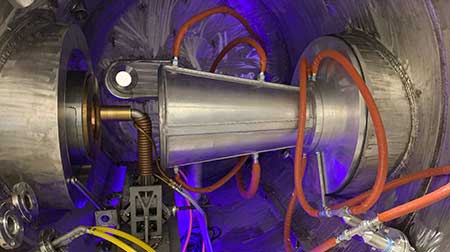 The U.S. Department of Defense and NASA have prioritized the development of high-speed hypersonic aircraft, spacecraft and missiles. However, funding may not be sustainable as a single prototype flight test costs taxpayers as much as $100 million. While various factors have slowed the advancement of hypersonic flight, Ansys' simulation solutions help spur the development of key hypersonic technologies ranging from thermal protection systems for spacecraft reentry to scramjet combustion technology for hypersonic travel.

Ansys' high-fidelity physics-based solvers spur hypersonics experimental research—from simulating the design and analysis of air and fuel mixing inside a scramjet to measuring the impact of thermal stresses on vehicle sensors that operate in harsh environments. By simulating these systems, engineering teams can save hundreds of millions of dollars in physical prototype testing and further research and development using fewer employees. 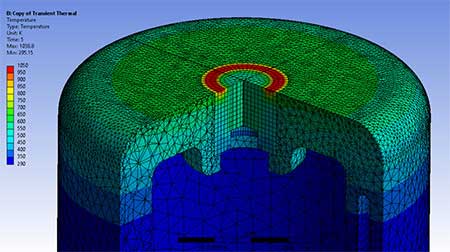 “Our mutual customers in the air and space domains demand substantial reductions in time to market, which creates tremendous challenges for engineering highly complex hypersonic vehicles,” says Prith Banerjee, chief technology officer at Ansys. “By working closely with one of the top universities in hypersonics research, our combined capabilities will shift the paradigm away from expensive and lengthy physical prototype testing to significantly advance the development of current and future hypersonic vehicles.”