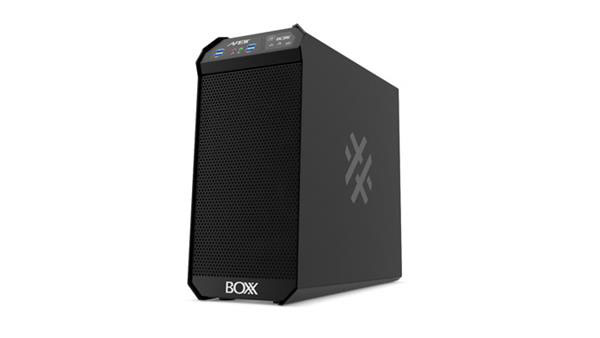 BOXX Technologies announces that its APEXX A3 workstation will now feature AMD Ryzen 7000 Series Processors. The new CPUs provide performance for an array of professional software applications from CAD and 3D design, to motion media, virtual reality and more. BOXX is among the first workstation manufacturers to ship systems equipped with the new processors.

“AMD Ryzen 7000 Series Processors provide state-of-the-art performance across a wide range of industries,” says Bill Leasure, BOXX VP of Sales and Marketing. “Inside our APEXX A3 workstation, the new CPU’s innovative features will empower architects, engineers, 3D designers and motion media professionals to create, render and multitask faster than ever before.”

The AMD Ryzen 7000 Series Processors powering the A3 provide 16 cores/32 threads running at 5.7GHz, so whether 3D modeling, rendering complex scenes, running simulations or powering VR, the compact and versatile APEXX A3 supports simultaneous multitasking without sacrificing efficiency or performance.

“At BOXX, we’ve earned our reputation as being first-to-market with game changing technology,” says Leasure. “Our innovative integration of the AMD Ryzen 7000 inside the APEXX A3 demonstrates our commitment to providing creative professionals with the best, most reliable tools available to optimize their productivity and maximize profits.”