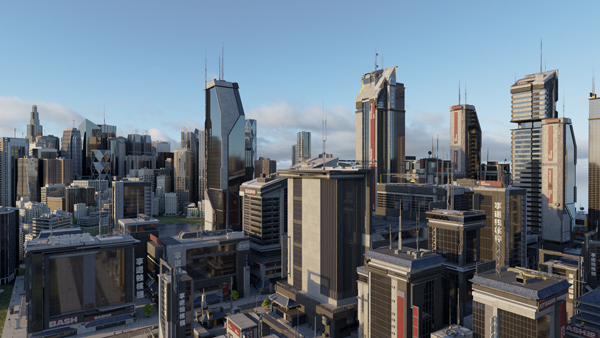 Previewed at SIGGRAPH 2019 Project Lavina is a technology from Chaos Group that takes advantage of the dedicated ray tracing silicon in NVIDIA GPUs to make real-time raytracing possible on desktop workstations.

According to Chas Group, the preview footage was created with duel NVIDIA RTX 8000 GPUs on an NVIDIA RTX Studio laptop. The demo features scenes from CONSTRUCT, a new sci-fi short film.

The company plans to make it possible to run large scenes in system memory in addition to the GPU memory. Project Lavina is written in DxR, or DirectX Raytracing, part of Microsoft DirectX.

Project Lavina allows you to change materials on the fly and see instant updates. Its engine supports collision detection.

A year ago, when Chaos Group first announced Lavina, it said, “We’re not yet sure when it will be production-ready—and as you know, our bar for that is always set very high.”

Recently, the company began accepting registration for Beta testers, showing Project Lavina is one step closer to your desktop.

SimScale, the cloud-hosted simulation software vendor, has just released a radiation simulation tool. This lets you analyze thermal comfort in building interiors. It uses the HVAC (heating and ventilation) model to calculate heat transfer and distribution within the enclosed geometry of the room.

The analysis is a common task for AEC (architecture, engineering, and construction).

SimScale is one of the emerging SaaS-style simulation providers, challenging the established workstation-centric simulation market. 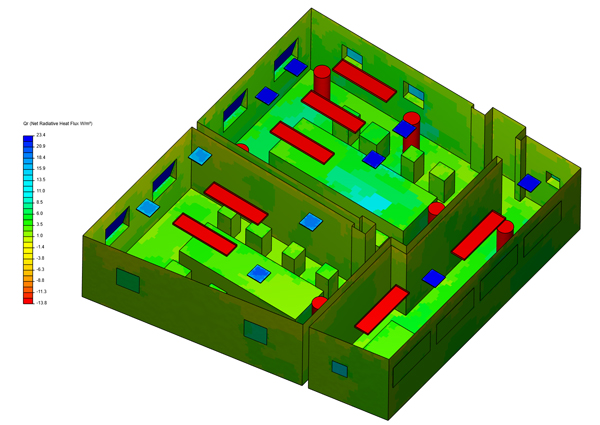 Onshape, which provides cloud-hosted parametric CAD, has recently been named a “technology pioneer” by the World Economic Forum.

The World Economic Forum is a private-public nonprofit headquartered in Geneva, Switzerland, which hosts annual summits to address topics ranging from climate change to trade war.

The list of Technology Pioneers recognized by the organization includes Airbnb, Google, Spotify, and Wikimedia.

Onshape is recognized as an innovative company in the Production sector.

Onshape is led by a group of former SolidWorks executives and developers. Many of them played an important role in bringing computer-aided design to the Windows desktop. In their new roles at Onshape, they spearheaded running CAD from a browser—something established CAD vendors once claimed was impractical, but are now aggressively pursuing themselves.

Graebert to CAD Vendors: We Can Take You to the Cloud
PTC Buys Onshape, xRS Brings Out Use of AR-VR in Training, More
PTC Snatches Up Cloud CAD Pioneer Onshape
Onshape Teams Up With Sandvik for Cloud CAD/CAM Integration
Consumer vs. Professional Tug of War
Onshape Company Profile