Solveering says V3.0 is a complete redesign of its InStep application.

Solveering says V3.0 is a complete redesign of its InStep application. 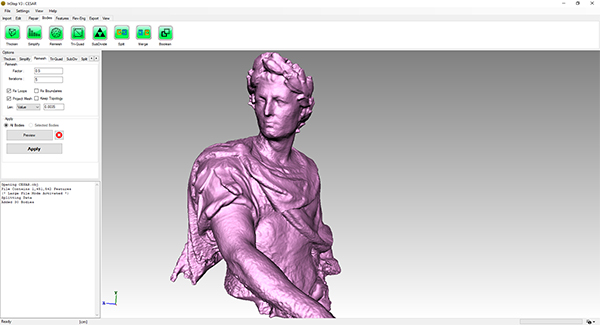 Solveering announces that the newest iteration of its mesh-to-CAD converter—InStep Studio 3D V3.0—is now available for purchase, and it has a list of improvements and features that were not available on the legacy InStep V2.x application.

“It comes with a lot of new bells and whistles,” says Ben Masefield, principal engineer. “For example, the old app could only detect planar surface features. But with InStep Studio 3D, you can detect cylindrical, conical, and planar surface features. Having the ability to convert organic bodies to NURBS patches is probably the most asked-for feature that has been added.

“Beyond this, users also have access to advanced auto repair options and surface wrappers, general speed and memory improvements, and so much more,” Masefield says. “Overall, InStep Studio 3D is just more powerful and more user-friendly while still considering a hobbyist’s budget.”

Among some of the more notable improvements and features in the new application:

Additionally, Solveering has announced that InStep Studio 3D will use a new licensing model. No longer will users be required to enter long license keys—they will be able to install and use the application on any computer they own simply by entering their username and password.

Those interested in testing out InStep Studio 3D may do so completely free of charge by creating an account on the company website. Solveering is currently offering another promotion to entice people to buy the application outright.

“We are currently offering 20% off the Perpetual license—over $50 savings—for all new users through the end of the year,” Masefield explains. “To apply your discount, use the code InStep_3D when you check out from your account page.”