The ability to churn out on-demand 3D custom parts helps keep classic cars on the road.

The ability to churn out on-demand 3D custom parts helps keep classic cars on the road. 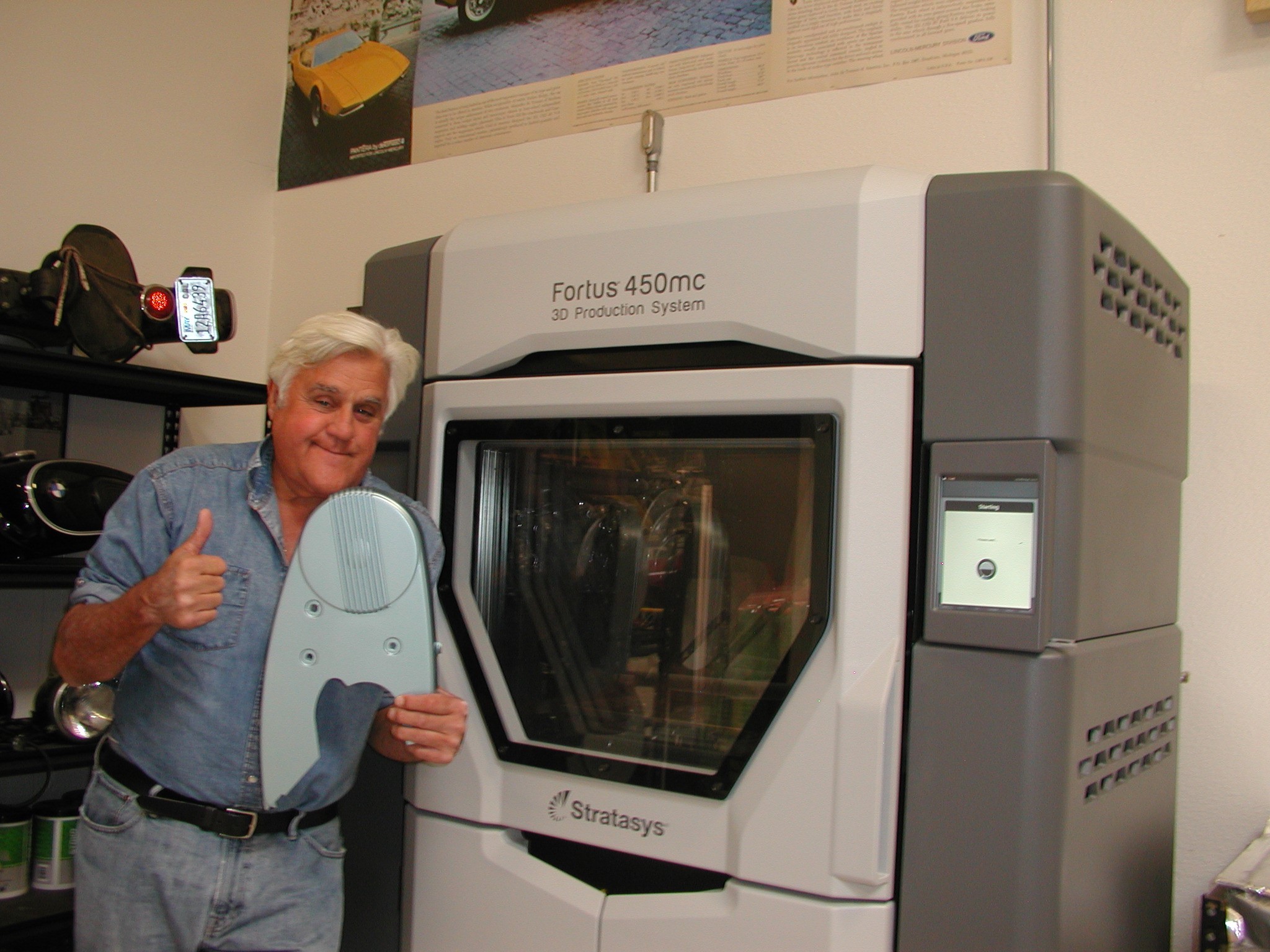 Accelerate Powertrain Strength & Durability with Simulation
Simulation can overcome the challenges of designing a powertrain system that is fuel efficient, reliable,...
Prototype/Manufacture Resources

It’s a well-known fact Jay Leno is car-obsessed—and not just by any car, but by exotic, hard-to-find models that often lack an available inventory of parts.

So what’s Leno and his car enthusiast television show to do when they can’t find replacement gear to get their starring vehicles back on the road? They turn to 3D printing through a partnership with Stratasys to build out a digital inventory of parts that can help the Leno crew road test, refurbish, and retrofit the classic cars that are part of the entertainment mogul’s expansive collection.

“Jay Leno’s Garage,” a show that conducts reviews of vintage and restored cars (as well as Leno’s own Big Dog Garage, which houses his more than 200 cars and 150 motorcycles) is now using a Stratasys Fortus 450mc 3D printer to produce prototypes and custom parts for the collection, valued at over $50 million. The on-site Fortus 450mc printer complements the group’s already expansive use of the Stratasys on-demand manufacturing service to recreate parts that are no longer on the market or that would be too time-consuming and expensive to manufacture using conventional methods. Stratasys owns and helps man the Fortus 450mc on-site at the Leno production facility while also providing 3D printing consulting expertise as part of the partnership arrangement.

“You can’t procure many of these parts the old-fashioned way—they simply don’t exist,” says Pat Carey, senior vice president of strategic growth at Stratasys. “[Leno] sees 3D printing as a huge advantage as a car collector and cut nut.”

To date, Leno has leaned on 3D printing to create a timing belt cover for a 1960s Pontiac Firebird and a set of valve cover breather tubes and carburetor spacers for a 1934 Rolls Royce Merlin 12, among other projects. The design flexibility of 3D printing also allowed his engineering team to create a new air intake plenum that allowed for more air flow and didn’t require changes to the hood when adding a 7-liter Roush V8 engine to a 1966 Ford Galaxie 500, Stratasys officials said.

Materials advances for 3D printers, including carbon fiber-filled nylon and aluminum and steel, along with higher performing 3D design tools like CAD and 3D scanning, have fueled the rise of additive manufacturing as a tool for producing on-demand and custom parts. The ability to do so fills a need for exotic car enthusiasts like Leno, but it also showcases a new manufacturing workflow that can benefit an array of industries from aerospace companies to motorsport race teams. To that end. Stratasys has launched its Performance Partner Program, currently at 11 partners, including Leno’s Big Dog Productions, which is dedicated to advancing use of AM for production purposes across these high-performance sectors. Boom Supersonic, using Stratasys AM technology to produce flight hardware, and Arrow Schmidt Peterson, a race team competing in the NTT IndyCar Series, are among the collaborators participating in the Stratasys program.

Watch this video to get Jay Leno’s take on how 3D printing can potentially transform the automotive sector.