Poll: CEOs Invest in Tech and Talent While Reshoring Manufacturing

The quarterly survey reveals that 90% of CEOs expect supply chain concerns to stretch well into 2023.

The quarterly survey reveals that 90% of CEOs expect supply chain concerns to stretch well into 2023. 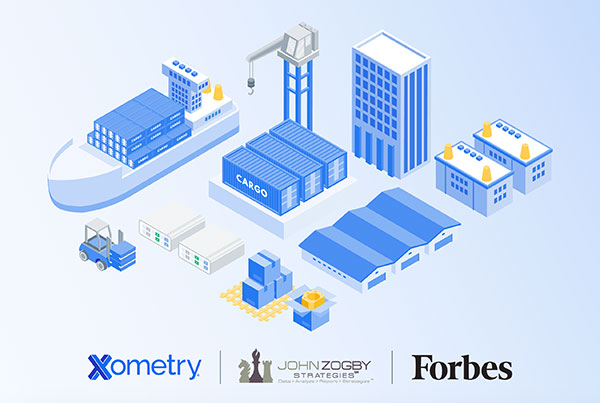 Latest in Prototype and Manufacture

CEOs whose companies depend on manufacturing to produce and deliver goods are demonstrating supply chain resilience by investing in talent and technology, while also reshoring and nearshoring their manufacturing capabilities, according to a new survey released by Xometry in a joint effort with Forbes and powered by veteran polling firm John Zogby Strategies.

The quarterly survey, which tracks CEO and decision-maker sentiment at more than 150 leading companies nationally, reveals that 90% of CEOs expect supply chain concerns to stretch well into 2023. But it reveals resilience in the face of continued disruption: The majority of CEOs—80%—are planning capital investments, inclusive of talent, technology or other improvements.

Specifically, nearly 70% of CEOs said they are investing in employees, 66% are investing in automation and workflow operations and 63% are embracing emerging technologies like artificial intelligence. Nearly two-thirds (64%) of the CEOs say they are currently reshoring or nearshoring their operations, or planning to, with 25% planning to expand their offshoring capabilities and 11% planning no changes.

“Manufacturing is the bedrock of our domestic and global economy, and CEOs whose companies depend on manufacturers to bring their goods to market are demonstrating resilience while preparing for the future,” says Randy Altschuler, CEO of Xometry. “Our first-ever CEO sentiment survey finds that decision-makers are embracing what we call the three Ts—talent, technology and tenacity—to navigate a changing world and ensure continued growth in 2023 and beyond.”

When asked to describe the shortages they face, 77% report shortages in finding components for products and 66% report experiencing worker shortages. The survey also finds that 45% of CEOs surveyed said they had passed cost increases of 5%-15% on to their customers in 2022. But more than half (55%) said they had avoided doing so or absorbed the costs directly despite taking a financial hit.

“In our 40 years of probing CEOs, business decision-makers and influencers, this survey of manufacturing executives certainly stands out,” says Jeremy Zogby, managing partner of Zogby Strategies. “The data confirms that executives, while having faced a myriad of disruptions, remain resilient and innovative, looking ahead with confidence and doubling down on talent and tech to strengthen their operations to minimize any future potential concerns.”

A visualization of the survey results is available here. Xometry will go deep into the survey stats in a Manufacturing Day webcast, “Building American Manufacturing Resilience,” at 2 p.m. ET Friday, Oct. 7. Registration is now open.